If you're looking for where to surf in Algarve, you've come to the right place.

With two coastlines, an ever-growing foodie scene and the best weather in Europe, an Algarve surf trip is a guaranteed good time.

In this article, we'll provide you with an overview of the best surf spots in the area as well as information on when to go.

So, whether you’ve never surfed before, surfed a few times or you’ve been shredding for years, this guide will give you a fantastic overview as to what to expect when surfing the Algarve!

The Algarve at a glance

The Algarve is unlike any other surf zone in Europe.

The reason being that besides the fact you won't find better grilled octopus anywhere on the continent, it also has two different coastlines (west and south) only a short distance drive from each other.

This means that you can almost always find a wave depending on which direction the swell and wind are coming from.

Either way, you can access both coastlines relatively easily when you need to, and especially so if you’re doing a surf road trip.

When is the best time to surf in Algarve?

The Algarve is one of those rare places in the world that has swell practically all year round - it really just depends on the type of waves you want to surf.

As a rule of thumb, the autumn and winter generally see larger waves that are more suited towards confident and advanced surfers.

On the other hand, spring and summer sees a drop in average swell size, which makes it ideal for those who are just starting on their learn-to-surf journey.

Of course, given the variety of surf spots and the fact that there are two coastlines, it's possible to find a wave to match your skill level on any given day (conditions and swell size permitting).

Where are the top 5 surf spots in Algarve?

Wondering where to surf in Algarve? Below are 5 of the most popular surf spots in the southwest of Portugal.

Learn how long it takes to learn to surf before you go or grab a board and hit the waves today!

Arrifana is the most popular surf break for beginners in the Algarve.

The waves are gentle and it's only a 10 minute drive from Aljezur. What's more, it's somewhat protected from the larger northwest swells and it’s offshore in the prevailing north winds.

Throw in the fact that there are lots of surf schools, restaurants and cool cafes and it's easy to see why it's rated as one of the best beginner surf beaches in Europe.

If you want to experience amazing scenery and breathtaking west coast rawness up close, the punchy and expansive Bordeira Beach is a good place to start.

At roughly 3 kilometres long, you can almost always find a peak to yourself (so long as you’re willing to walk). It also tends to pick up lots of north and west swells, which means it’s one of the more consistent west coast waves.

Offshore in east and southeast winds, another attribute of Bordeira is that its southern headland blocks light to moderate southwest winds, making it a good option when everywhere else is onshore.

At the end of a windy road not 20 minutes from Sagres lies Zavial - a south-facing beach that picks up more swell than any other spot on the south coast.

While many people will tell you that the legendary righthander that breaks off the rocks is this wave's ultimate claim to fame, there are often multiple peaks along the beach so long as there are waves.

Best on a big northwest swell with north winds and a higher tide, but worth checking on a smaller south swell too.

Right in front of a small cluster of colourful Portuguese-style casas sits Monte Clérigo - a beach break that can offer up a mix of barrels, long walls or beginner-friendly rides.

Monte Clérigo is for sure one of the more picturesque surf spots courtesy of these pretty homes. It also boasts a few little reefs to the south that can turn on when the swell is small.

Essentially, it’s an excellent place to check given the variety of waves it can hold. So if the winds are blowing anywhere from the east, jump in the car and make it your first port of call!

Amoreira - A slice of surfing paradise just north of Aljezur

Arrifana might be the most popular beginner surf spot in Aljezur but Amoreira is its most idyllic.

Regarded by some as one of the most fun waves in the area, on any given day it can be a wedge, a barrelling beachbreak or a righthand pointbreak.

The many faces of Amoreira, however, can make it fickle. However, anyone looking to escape the crowds of Arrifana and find a quiet place amongst the sand dunes to chill for the day won't be disappointed with this picturesque beach.

So there you have it!

If you’re wondering where to surf in Algarve, these 5 spots should satisfy your craving for epic waves. Just remember that the southwest is only one part of this beautiful country.

If you want to learn more about where to surf in Portugal, stay tuned for our central and northern Portugal surf guides!

Surf the Algarve with the tribe: Book Now! 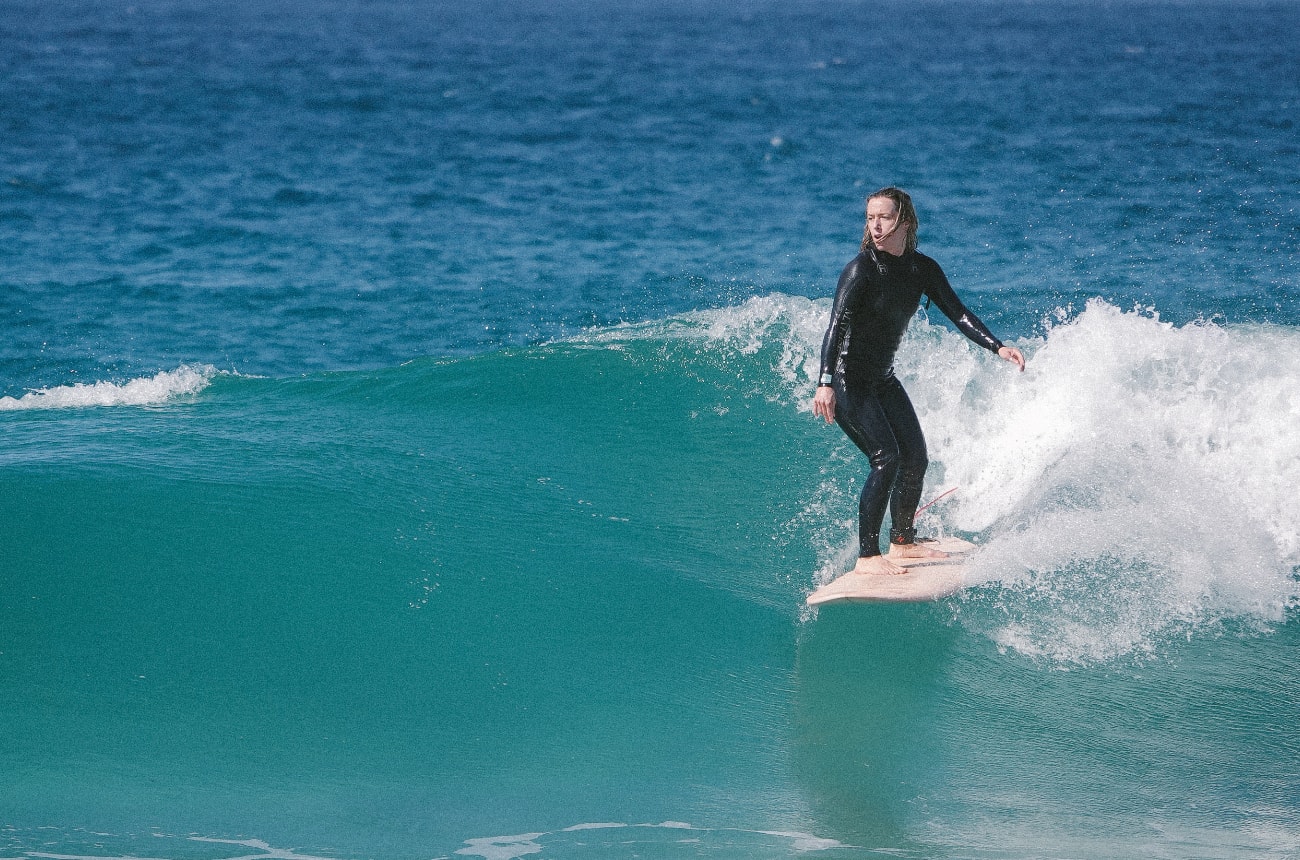 Intermediate and beyond: The secret shortcut to faster surf progression 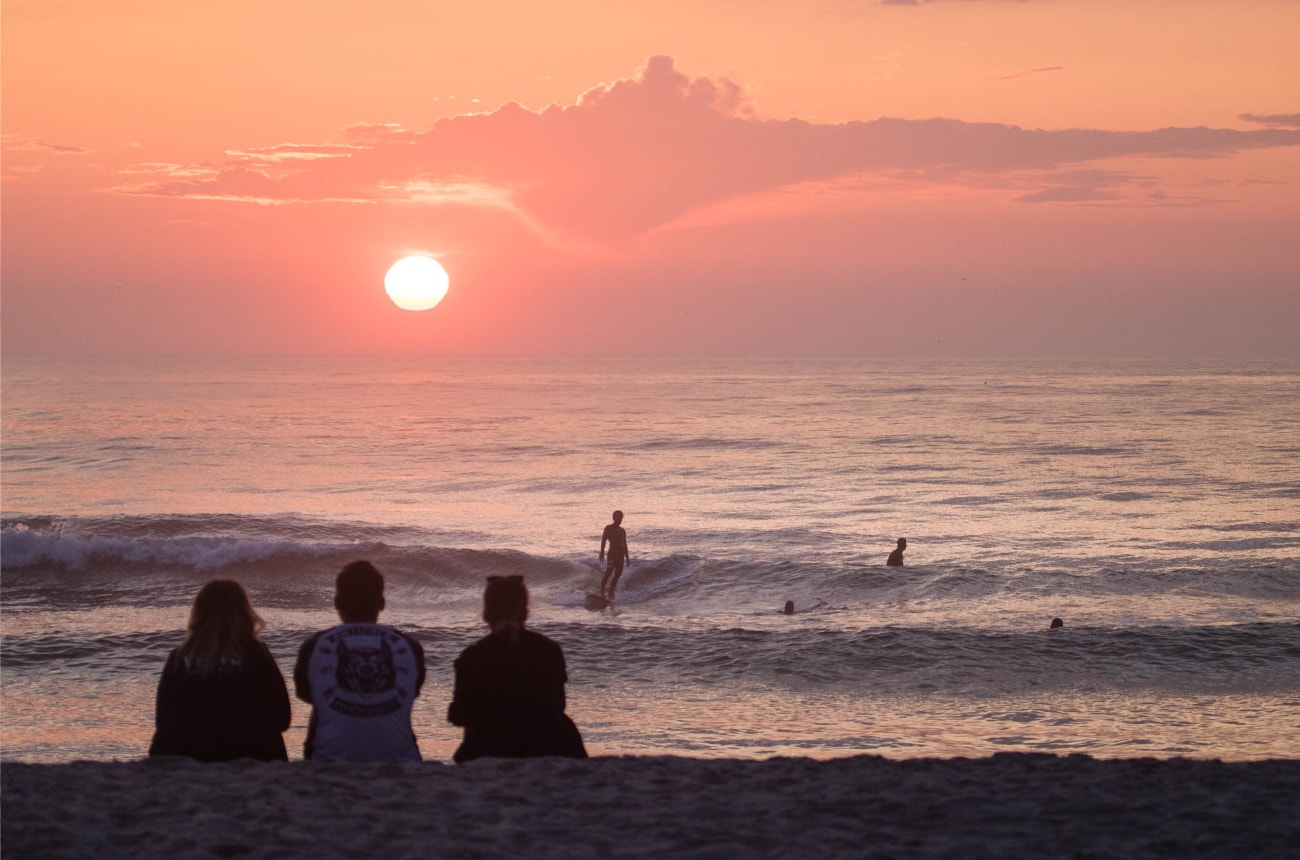 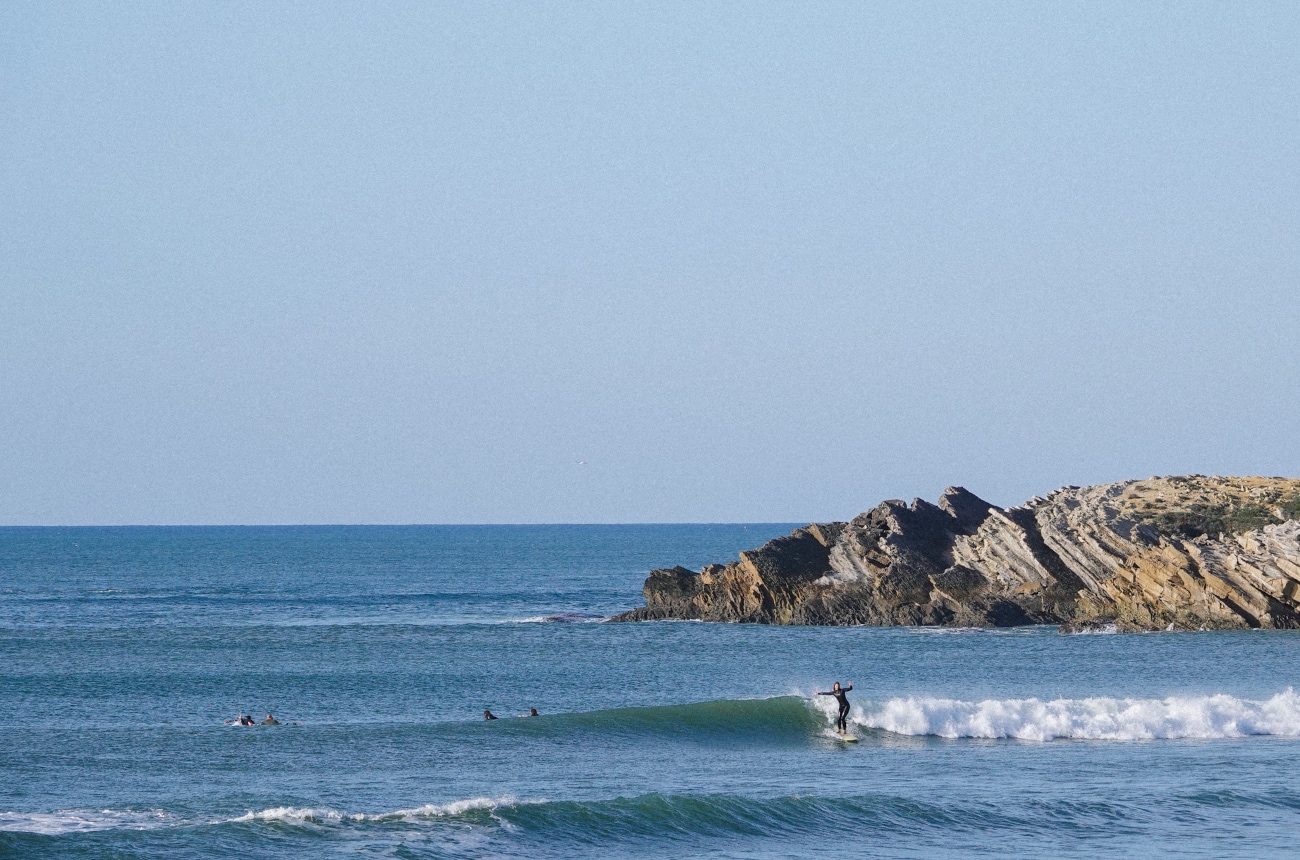